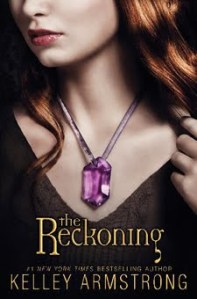 It’s been almost a week since I finished this and this whole week I’ve been thinking what to write about it.

After finishing The Awakening I was really anxious for the book 3, but now I’m sort of ambivalent. I read it really fast but it feels like something is missing from it hitting it with me. I still can’t believe that the whole series happens in only 3 weeks or so.
I was already suspicious as to how much can happen in book 3 to resolve the whole situation with the genetic manipulation regarding supernaturals in the previous books and I think I was right (I will have to check what other bloggers thought of it).
If you read the first two books, you probably got an idea who is Chloe going to fall for even though she gets terribly surprised when she realizes it. 🙂 Teenagers.
Anyway, a lot of things happen, some people get killed and it seems that the kids will have to keep hiding for the rest of their lives since it turns out the whole project had backing from a Cabal. And if you read anything of Ms Armstrong before, you know about Cabals and how ruthless they are. So yes, it feels like there should be more story to this Darkest Powers thrilogy. But I was also thinking that since we are talking here about the world K. Armstrong created and that the characters from the previous Otherworld books know each other and keep appearing in others’ books, I guess we can assume we’ll be seing more of Chloe and friends in some other books to come (I certainly hope so).
In the end, I thought there should have been some more elaborate closure but since Chloe’s flight is nowhere near its end (even though the series is), I suppose we’ll read more on that in the future so I’m not actually upset. And I did enjoy the book after all.
To leave you with a final thought, I think that only young people can have so much trust in each other in so little time.
Pic by: http://www.kelleyarmstrong.com/