On being discrete. And Technique Indiscrete

I admit to feeling rather ashamed of myself yesterday. But I wasn’t the only one.

There was a happening at the street where I grew up, and still go often as my parents live there, meant to introduce people to the new stores and studios hidden in its inner courts (and some on the street too) – called Propuh (meaning draft, as in wind).

I walk down that street at least 3-4 times a week and I’m ashamed to say that I never knew there was a lovely little studio called Sapunomanija producing soaps.

It looks much better on the inside – this used to be a cookie factory quite long ago (long even before I was born).

But more importantly, there is a little Croatian design clothing studio called Roba where I never walked in, mostly because I am not a person who shops at designer stores (either Croatian or foreign, for the simple and practical reason of not being able to afford it).

In this case though, it seems I was mistaken. The clothes are more expensive than what I am used to buying usually, but still not too bad. What I am ashamed to admit to, as a perfumista, is that they carry the Technique Indiscrete line. And I’ve been walking by for two years without being aware of it.

It was rather busy yesterday everywhere we went so I gave the perfumes only a cursory sniff but I’ll be going back there for a better perusal of both perfume and clothes.

As I ended up buying my first designer item yesterday – after all, it WAS 50% off. 😉

Pics are mine – my neighbourhood I never noticed until  yesterday. Seems I’m rather discrete when it comes to new discoveries. 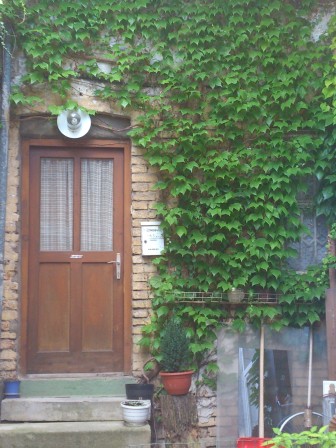 In front of the photo studio I wasn’t aware existed

12 thoughts on “On being discrete. And Technique Indiscrete”