To sum up my thoughts about this book – Aaarrrrgggggghhhhh!!!!!

There I am, all immersed, last time I checked how much is left I see I have around 100 pages, so there’s enough to come yet and then suddenly – the cliffhanger end. Hence my summary. Each time I think about it, my mind screams in frustration.

But it’s all good. 🙂 The fact is, K. Cole writes in such a way that gets you hooked up on the story and once it ends, well, all there is left for you is to scream in frustration. Even when the story in the book is actually finished, the frustration stems from the fact that the wait to the next one is too long.

I should warn you now, there will be spoilers ahead.

The story continues exactly where Poison Princess ended, Evie coming into her powers, Jack having problems dealing with it and Death continuously haunting Evie. Along with other Arcana (characters from the Tarot, the Major Arcana where only one can survive), Teeth (humans who now crave human flesh because they are enchanted by Hierophant) and zombies.

In the beginning, I was reminded a lot of the Hunger Games, mostly because you have 22 kids where only one can survive (their arena being basically the US). And this is where the similarities end. 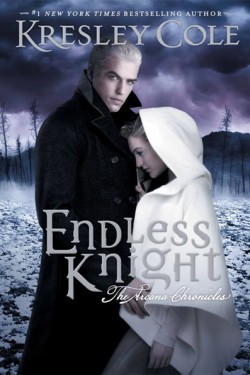 Evie didn’t learn beforehand what she was so she’s still learning and finding her way among the ruins after the Flash, trying not to get killed, learning her powers (and the past lives in this power struggle) and figuring out boys.

Honestly, I didn’t see how K. Cole would turn the whole situation with Death into a love story but I knew it would happen. We got some seriously unexpected twists to the story and I was already wondering how come Evie got all turned up in her head around Jack but it turned out she only needed time to work things out.

As with Death as well. I completely understand now why she said she felt sorry for him when her grandma asked about his card. Which brings me to her Grandma from which Evie’s mother separated her as she kept telling Evie stories that were considered crazy. Seems that was a lucky call as families of the players turn them into vicious killing machines which luckily Evie isn’t this time around.

Basically, if you enjoy YA, you shouldn’t miss this series. And if you haven’t started yet, you might want to wait until book 3 comes out. 😉

What I especially loved about this book is the HP references (that is bound to be a plus to any book I read). But it’s not only the references themselves in the text, I also got reminded of what the fight in the HP is about from the words of Dumbledore. Those who are evil do not believe in the power of love and those who love don’t consider themselves strong because of it. That is the main reason I believe Evie is considered weak in this round even though she is the Empress – mercenaries have no time or inclination to love. And Evie loves many people. So, I’m hoping that will actually be what saves her and the people she loves this time. Although I cannot imagine that happening without one of her two male loves dying. 😦 Oh well, at least I’m prepared. 😉

I also wonder if Jack will turn out to be the Arcana card that comes into power only after killing another Arcana. I’m also wondering if we’ll meet other cards that haven’t made an appearance yet.

The Endless Knight from the title is Death (he’s millenia old because he was the winner in the last 3 rounds). But it’s also a very good play on words as in this book the sun and light slowly disappear all together and it’s what Evie needs for her powers. It’s becoming and endless night for her…