The Roman holiday (part I)

Where I talk about Rome (the perfume will be part II).

I never expected to like Rome so much, I always thought Paris was my city. Now it seems I have two cities where I wouldn’t mind living if it weren’t in Zagreb.
It’s so very easy to fall in love with Rome and its smiling citizens, hordes of tourists, local wine, great food, even better desserts, and don’t let me start on the coffee…
Did I mention the weather?! The summer one, with temperatures reaching 32 degrees Celsius?

Not to mention it’s probably heaven if you have an archeological streak, or a Catholic one as each street either has a ruin or a church, or both.
I also finally understood there is a political background to everything anyone with any power does. Walking around St. Peter’s basilica is a testimony to that – making you feel small and insignificant in front of such a monumental shrine to a god you should worship. I could actually feel my religious sentiments waking, luckily it didn’t last long. 😉

Walking around Rome is like walking on a movie set. At least for me. I suppose I saw it in the movies so many times now I walked through it, I couldn’t help but feel like I was a part of one.
One where I spent my days having fun with fellow perfumista. Basically, the best kind of a movie, friends, in a lovely city, smelling many perfumes, enjoying good food and each other’s company. Who wouldn’t want to star in a movie like that?

Ok, no more talk, here are some of the photos. 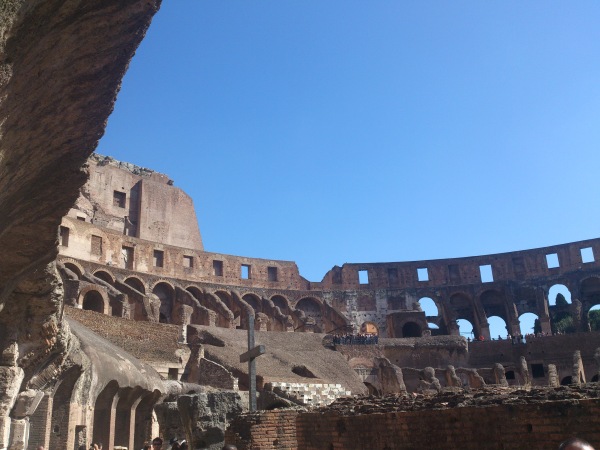 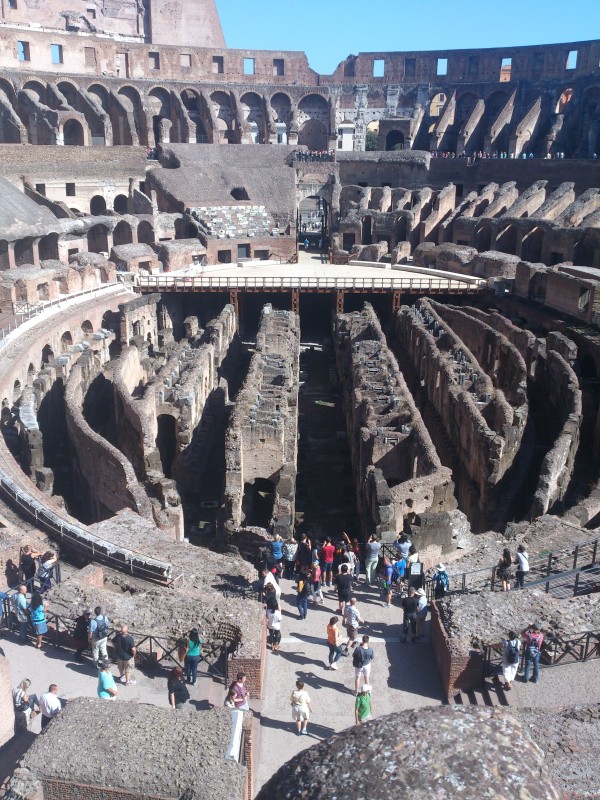 Pictures don’t do it justice 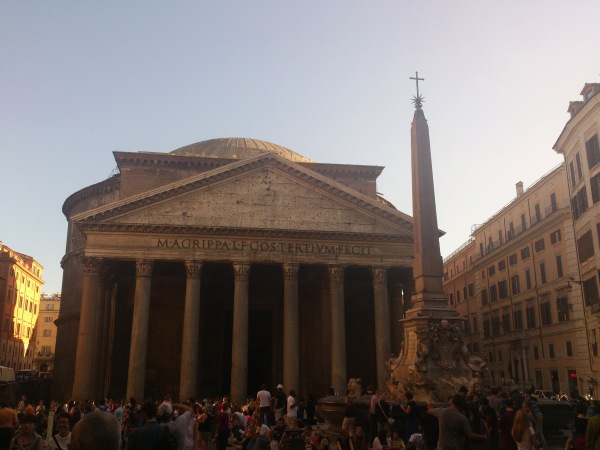 The Pantheon – incredible is all I can say

One more inside the basilica

View from the park above Spanish steps

Suzanne and Mark in the park

When the Carabinieri pose, you take a photo 😉

There is no photo of the Sistine chapel as you are  not allowed to take one (which I didn’t see so I got shouted at for trying to take one). And there is also no photo of the leather goods you can buy in Rome (like gloves and a jacket…). 😉