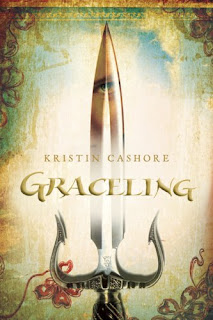 I want to read as much as I can lately. It’s probably due to two facts, I have so many great books on my to-be-read pile and I need some serious relaxation time (as there won’t be any skiing trips for me this year and I cannot describe how much that makes me sad).

Anyway, I feel I’m getting better and better at choosing new books (not series installments I follow) as this year I already read several new authors (to me) and all were good/great. In any case, better than expected. Which sounds condescending even to me but I’ve been known to purchase books I never finished.

One of the ways I determine how great a book was is whether when I stopped reading it for whatever outside influence, I go back to it or take something else into my hands that seems more interesting at the time, and when I finish it, I’m left wondering if there is a sequel.
This one made me think both. I love good fantasy and I love it when the author manages a new perpsective (because honestly, it’s all been re-done so many times, I forget who wrote which series).

The children born Graced are recognized by their unmatching eye-color, and even though eye-colors are recognized early, the Graces take a while to manifest.
The female character we follow, Katsa hasn’t had the greatest childhood at her uncle’s court (her parents are dead) as her Grace first manifested (a slights spoiler) when she bare-handedly killed a man at court.
Her uncle being a king and being a child able to kill with her hands, she is of course trained as a killer. and this is only the barest part of the story which I’m not going to describe here.

I love the way she thinks, I find it endearing how her childhood prevented her from learning to decipher people’s actions and how it takes forever for her to come to terms with her own emotions, while it takes her very little time to decide on the most proper way to act (unless again her emotions are at stake).

Life for the main characters in this book is not easy and the book doesn’t end in the manner of “They lived happily ever after” but it still leaves you feeling glad things came out the way they did.

I don’t think I’ll read the prequel but I will definitely read what comes next.

P.S. I won’t read the prequel as from what I’ve been able to gather it’s about the seriously evil character from this book and I’m just not up for reading a book about him, however great it might be written. I could be wrong in my assumptions though…