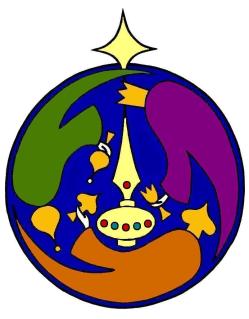 As announced last week, this week my fellow bloggers and I are going to talk about perfumes that are in some way connected with the gifts the three kings (magi, wise men, however you wish to call them) brought little baby Jesus. Here is where I’ll confess – I was raised a Catholic and I knew all about the three kings and how they came and brought gifts but it was actually quite late that I learned what those gifts were. All I cared about is that the little guy got gifts and I thought how nice for him. And now we all get to exchange gifts on his birthday. 🙂 I don’t know when that particular tradition started but I really love it. 🙂

Anyway, on to the topic at hand. My choice for myrrh is Balmain’s Ambre Gris. Btw, do you have any idea how hard it is to find a scent that contains myrrh that is actually smellable and not just lost amid all other resins and woods and trying to make an appearance? In this case, I’m not talking about all those that have myrrh in the name (I’m pretty sure there’s no problem with smelling it in those).

So, Ambre Gris and I have a past. It’s been more than 2 years now we hit it off in Paris’  Sephora and I took it home with me. And that was it. I never wore it. I have no idea why exactly, sometimes I smell it and think yes, I know why I bought you, and then I try it another time, and I wonder. It’s funny how it is labeled as feminine while my first thought upon smelling it is how masculine it smells. It opens on a cool (as in very hip and good looking) ambrish note and I’m lost trying to figure out what exactly is that I’m smelling that makes it so masculinely cool.

I know there is musk in there because sometimes it just overpowers everything else in this perfume and gets too shrill and unwearable for me. But most times, I’m wondering what is that coolness I’m smelling? I would love smelling this on a guy. After that initial sharpness, you can tease out some floral hints out of it, but if I didn’t see tuberose listed, I would never be able to guess what flower was lending this floral sweetness and approachability. To say I smell myrrh, wouldn’t be completely true, but I smell the woodiness and herbal sharpness in this and I can feel myrrh doing its thing from the depths of this. In time, I get more and more myrrh holding this wonder together but never forcefully, very gently.

Honestly, just by reading the notes, I would never have guessed it smelled like this. And I seem to be starting to develop a fondness for pink pepper which along with white musk helps the initial cool feel.

Btw, what in the world happened to cinnamon?! I adore it but couldn’t discern it in there no matter how I tried.

So, this being the week before Christmas and the topic this week are the gifts of the wise men, I want to give you something as well. All you have to do is comment on any of the posts regarding the 3 gifts and you will be entered to win one of the 3 prizes (they aren’t large but are from the heart):

I want to thank once more Krista from Scent of the Day and Joanne from Redolent of Spices for inviting me and please visit other participating blogs for more interesting takes on the Kings’ Three gifts.

Scent of the Day