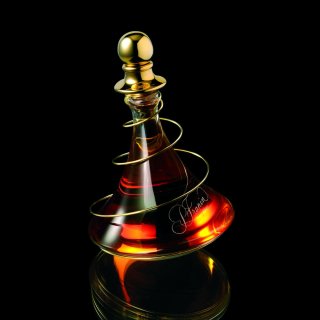 As far as I can guess, that is the only explanation how come I spent so much money in Institut Parfumeur Flores today and instead of my usual 2 bottle purchase, I actually came out with 3. Well, 2 are for me, one is for my boyfriend. Luckily for me, he doesn’t read this blog so he can’t find out I bought him a birthday gift (tomorrow is his birthday) even though I said I wouldn’t (as I’m still hodling a grudge for not getting a birthday gift myself a year ago).

On top of the 3 perfumes, I also bought a room spray for a friend.  But I do have a good explanation for my bottles – both were 50% off!!! And those 2, I didn’t even have to sniff, I learned about the discount while talking to the nice SA there who was very helpful and took the time to show me everything I wanted and talk to me about anything I wanted (well, all was related to perfume).

So, for me, I bought Worth Courtesan and Eau d’Italie Paestum Rose. I never talked about Courtesan and I should because it was the first “dirty” perfume that I actually started wearing. Paestum Rose I already talked about so today when the chance presented itself to upgrade from half a decant to a bottle I took it (especially a bottle at half the price).
The Eau d’Italie line is off because they are getting rid of the old bottles and replacing them with new (the design is different). Not all Eau d’Italie scents are 50% off, but enough. So, if anyone is interested in procuring a bottle for a good price, let me know (it comes up to 75$ or 55 Euros).

I have no idea why Courtesan was 50% off but my decant is low and now I have a bottle and no worries.
On the other hand, I can never guess what my boyfriend will like so I don’t know if he’s going to enjoy his Frapin Terre de Sarment but if he doesn’t, I know I will.

The overall experience was great – I had lots to smell and will again soon when they get some new stuff. Although, I do hope that doesn’t mean another pair of bottles (even though I just know I will have to have that new Frapin about to come out). The people were great, nice and efficient, knowledgeable and patient (as I spent there almost hour and a half). The way I was going, I could have spent there another hour and half without noticing it passing.

Afterwards, I started thinking if perhaps there is something wrong with me for wanting (and needing) to talk about perfume so much and smell it and just revel in it but then I remembered Olfactoria’s post from this morning and felt relieved. After all, she is a psychotherapist, so if someone should know what is normal, it’s her. Right? 🙂