World of Perfume February 6, 2012 Comments: 18
Sometimes you smell something and your brain refuses to provide the notes for what you are smelling. That is what happened to me with Neela Vermeire Creations (brought to life by Bertrand Duchafour). 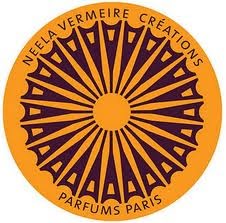 It took me quite some time to form words around these perfumes, and today, I’ll talk about Trayee, which name harkens to the divine origin of the first 3 Vedas, the Triad.

Trayee is one of those perfumes that each time you apply it, it smells a bit differently. A shape-shifter of the most interesting order which displays its shape-shifting nature mostly on skin.

Usually it starts for me with a sweetish, strangely earthy, cardamomy smell, soon to be enveloped in spices. Several times I thought it had a really natural start to it (as similar to what I’m used to with natural perfumers).
Sometimes, it smells like the resins from an evergreen tree are mixed with meadow flowers, but those flowers barely peek  through the spices mixed with cardamom.
Last time though, the cardamom got in line by the blackcurrant dancing on the fumes of sandalwood, cedre and vetiver.  It had that lovely dark fruitiness that blackcurrant can provide.
Eventually, the fruitiness dissipates and the smoothness of the base notes comes to the fore, interspersed with vetiver and other relatively raspy notes so the smoothness wouldn’t be boring (I’d be lying if I said I could smell exactly which).
Sometimes the smoothness takes on a leathery tinge.

On paper though, the fruitiness completely bypassed me and instead smelled more like a combination of cardamom and cedre, lightly cinnamony and lightly sweet, but spicey (clove and saffron do their thing). Also, it was only on paper that I caught whiffs of ambery background.

But then again, who knows, maybe next time I wear it, amber and oud come out to play as well… 🙂

Samples of all 3 were provided by Neela Vermeire.

Notes and pics taken from: http://www.neelavermeire.com/